Zoom Reveals All - Online Meeting with Our MP Danny Kruger

Being retired my life is not ruled by Zoom but nevertheless if any contact is to be retained with the outside world and interests are to be pursued then you have to Zoom away.  Last Tuesday I took part in a mass lobby of MPs organised by the Climate Coalition.  There were over 200 MPs each conducting a Zoom call with their constituents.  13,000 people took part with 34 Devizes constituents on a call with our MP Danny Kruger. 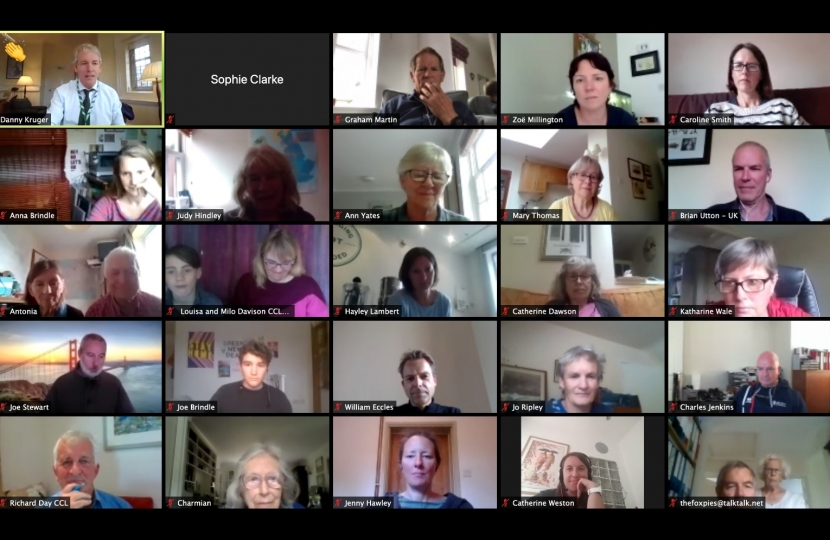 There had been a coordination call the evening before to test the question and agree the approach.  Nobody was sure how this was going to work out, least of all Danny Kruger as he admitted on opening the call.  Given the passions that can be aroused by climate change this uncertainty and the format of a Zoom meeting where we exist in our little rectangles rather than face to face as in a normal meeting had a calming effect.

Danny Kruger opened the meeting with a position that while he recognised the importance of climate change this is not his area of expertise.  His main interest is social justice in the   community and the economic means to achieve this.  For him balancing the economy with social justice achieves sustainability.  This is revealing as it is generally accepted that societies (local, national and global)  are only sustainable when the 3 pillars of sustainability (economic/business, social and environment) are in place.  The COVID-19 pandemic is a reality check.  The underlying causes of COVID-19 are the same as climate change, there is just too much human pressure on the environment.  Whether this zoonotic disease originated from bats, pangolins or it jumped species in some other way it is human proximity to wild animals and their exploitation that has allowed the disease to make that jump.  Given a globally connected world its rapid spread was inevitable.  The pressure on the environment that led to the pandemic is having a massive impact on both the economic and social pillars.  With the economy and our society under enormous pressure thesustainability of our communities is being sorely tested.  When one of the pillars becomes unbalanced there is impact into the other two. 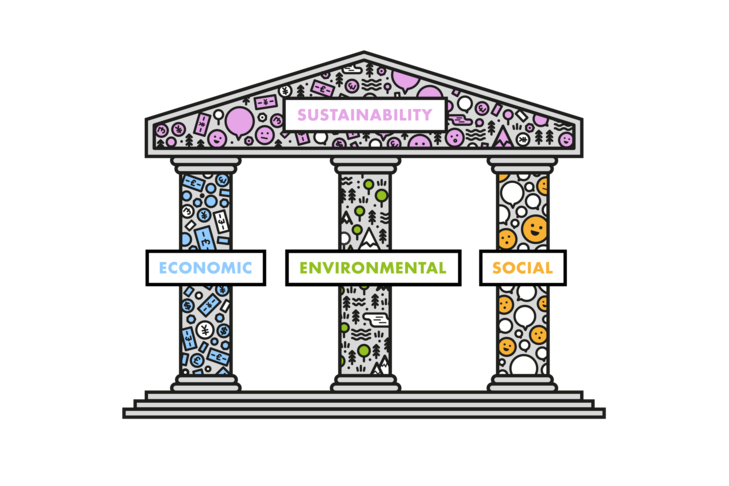 Also in his introduction Danny Kruger emphasised that as a Conservative a fundamental part of his ethos is to conserve.  Later in the meeting he returned to this theme while also extolling the virtues of the massive economic growth in China and the US lifting many out of poverty.  For me these are contradictory positions as it is unbridled economic growth that is largely responsible for human pressure on the environment.  Is it worth living in huge crowded cities where there are still large levels of poverty, with unbreathable air from pollution and where disease can run riot.  Is that sustainable?

The meeting had a measured discussion on carbon fees and as promised Danny Kruger has written to Parliament asking why the British Government while accepting the urgent need for a Carbon Fee and Dividend is not going to implement it.  My take on all of this is that while we had a civilised discussion and a letter has been written, Government Policy will not change.  Danny Kruger admitted he has much to learn about the environment and climate change.  Not only that but his view of sustainability is incomplete so there is a need for more discussions to understand our respective positions.   The final lesson is that Zoom unlike social media where people feel free to speak without thinking imposes some decorum on the debate but never forget that the camera is always watching you, is that me sucking my thumb?